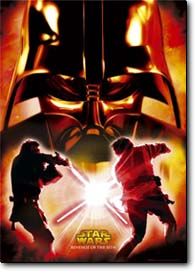 All together now, repeat after me:

No no, better yet – etch the above into your forehead with indelible ink (or tattooes, whichever flaps your earlobes) and listen closely to the latest, ahem, unique adventure in the Ling family.

I have a plethora of truly wonderful kids.  All of them are steeped in goodness, kindness and empathy…some more so than others.

Take Honorable Boy I.  He’s the most academically brilliant and yet clue-challenged of my children with regards to realizing that the center of the earth…he is NOT.  Still, though, for the most part, he does great in school, with his friends, with his siblings….except:

When he gets involved with computer games.

My dear son has quite the inability to detach himself from obsession, it seems.  Godzilla could step away from Tokyo easier than he can leave anything electronic.  Yesterday, we had several issues that resulted in me unplugging his computer for the foreseeable future.

And how did he react?

Did he say, Jeepers Mom, you’re right!  I deserve this consequence and thank you for teaching me wisdom!

Instead, with a scream of pure rage, he ran down the hallway to his room and started screaming to the heavens.

Now, before you ask, no, he has never done this before – it really caught me by surprise.  The sounds emanating from his room sounded remarkably similar to the Death Star exploding, I’ll tell you that!

The challenges that barreled me over were the following.

First off, I don’t rage.  I (almost always) keep my calm, my cool, and refuse to engage any negative encounters.  So seeing this full-blown tantrum was a first for me, and my expression was most similiar to a deer in the headlights.

But then I realized, hey, I’m the all-powerful mother unit – I need to de-escalate this bigtime.  So I followed him, sat across from him, had him squeeze my hands as hard as possible and kept telling him:

It took about 5 minutes for him to calm himself down.  Those had to be the longest 5 minutes I’ve experienced in 13 years of parenthood!

But calm down…he eventually did and then threw himself into my arms for a long long cuddle.

That 2nd to last point was really weird, I will admit – yesterday after dealing with the whole episode, he was totally fine 5 minutes later.   It was as if a tornado had decimated his emotions and then blew itself away – he was utterly and completely back to his usual sunny self.

Talk about a parenting hero’s journey!

My gosh, I’m feeling it today – my physical being is akin to that of a cupcake that challenged a tractor trailer to one-on-one steam-rolling.   I’d do it again if necessary, of course, but….wow.  I’m completely drained.

This is a big big issue for my son and for my family.  My son has one of two choices – he can evolve into Yoda or he can descend into Darth Vader.

And it’s up to me as his mom to ensure he gains the coping skills he so desperately needs so the rage doesn’t end up controlling him…instead, he’ll be able to turn it to positive benefits in the future.

Thus, here’s what we’ve implemented in our family.

I also had him write down his feelings as well.  He is most definitely aware that his concerns and issues have been heard….and how Mom and Dad will always take the time to listen.

That can only be good news, right?

Only time will tell how things progress, but I’m most hopeful that I’ve caught the rage issue before it became uncontrollable.  It’s something for which I’ll be watching out bigtime in the future, let me tell you that!

And life goes on,

ps – speaking about Anger Management, have you seen: